Amazon Marks Arrival in Waldorf with $20,000 Donation to LifeStyles 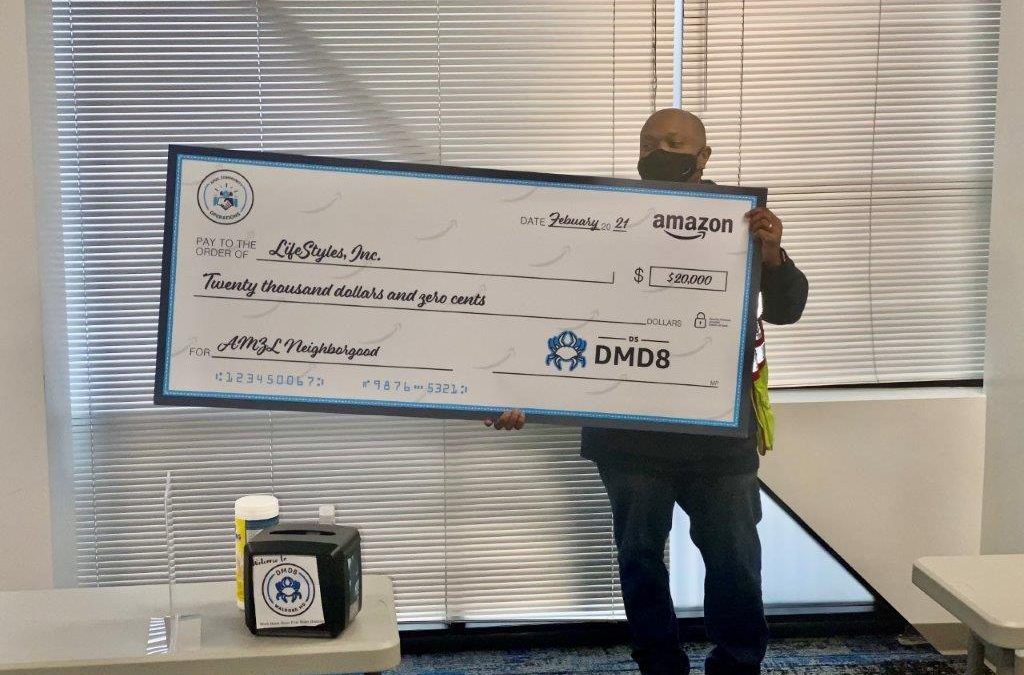 When Amazon opens a facility in a new location, the company often looks to find a local charitable organization to support.

The relatively new and little-known program is called Neighborgood, and it’s a way of giving back and thanking the community for welcoming Amazon.

Sheila Smith, a Charles County resident who has worked for Amazon for more than three years, is an area manager at Amazon’s new delivery station in the St. Charles Industrial Park in Waldorf. It was her suggestion that led to Amazon making a $20,000 gift to LifeStyles to support our mission to offer Help, Hope and Transformation to those in need.

Smith has gotten to know LifeStyles through our collaborations with New Life Church in La Plata. She has even volunteered with us along with fellow members of her church. So LifeStyles was the first organization that came to her mind when her Amazon colleagues began discussing how to give back to Charles County.

“The company was asking what we were going to do for our Neighborgood project,” she said. “I was thinking that if I had the capability to help, I would like to help LifeStyles.”

She passed along information about our organization to her supervisor, Station Manager Darrell Lewis, who then reached out to learn more. A short time later, Lewis asked to schedule a Zoom video conference with the LifeStyles team.

During the call, he informed LifeStyles that Amazon would make a $20,000 donation.

“We are so grateful for this gift and excited to have Amazon join the community in Southern Maryland,” LifeStyles Executive Director Sandy Washington said. “It’s a blessing to have an organization like this come to Charles County and want to make a positive impact on the community right away.”