Volunteer Spotlight: Discovering the Rewards, Challenges and Complexities of Serving Others 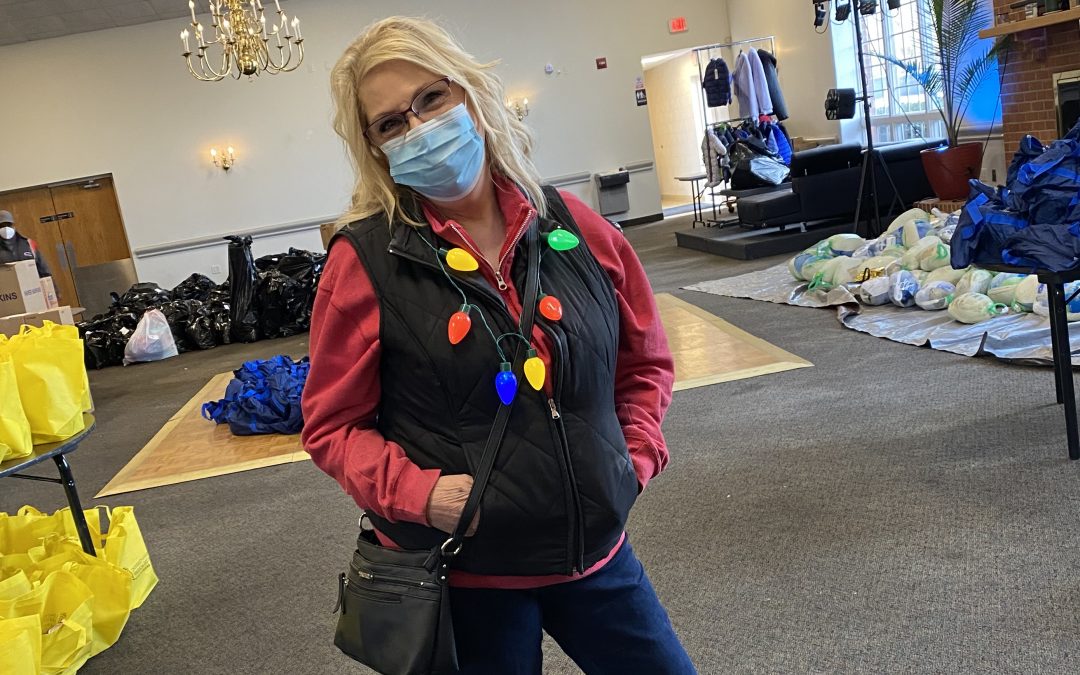 It was January, almost exactly 8 years ago now.

Cyndi Modlin and her sister-in-law had just finished dinner a La Tolteca, and as they drove home along Washington Avenue in La Plata, they saw her.

A homeless woman in her early 30s, bundled against the cold, sitting outside the Charles County Courthouse. Hundreds, maybe thousands of cars, drive right past the courthouse each day.

Cyndi and her sister-in-law stopped that night. They knew the forecast. Bad weather was expected the next day — frigid temperatures and a mix of snow and ice. So they approached the woman and introduced themselves.

The moment turned out to be the beginning of an unforgettable experience that taught Cyndi the rewards and the heartbreak of helping others, along with the endless complexities of battling homelessness and its many contributing factors.

On that night, they handed her the food that they had with them in the car. They told her about the upcoming storm and asked if they could take her somewhere to escape the elements. The woman refused, and so they got in their car and went home.

At 3am, Cyndi awoke freezing in her bed. Her heat had gone out. She could see her breath. So she got out of bed, turned on her gas fireplace and soon began to warm up. But she couldn’t stop thinking about the woman at the courthouse.

When the sun rose, she returned to the courthouse and again asked to take the woman to a hotel. The woman refused again. But as Cyndi walked back to her car, feeling defeated, her phone rang. It was her daughter.

Cyndi was telling the story when her daughter interrupted her.

She went back and finally the woman agreed to go to a hotel. That was just the beginning.

Cyndi and her daughter launched a GoFundMe campaign to help the woman. As it turned out, just about everyone in the community knew about her because they’d seen her, too, day and night sitting outside the courthouse, the one place she felt safe.

They called her Ms. La Plata, and the campaign raised $12,000 to help her. Enough to keep her in a hotel for months, buy her clothes, food and a used Chevy Cavalier to help her find a job and, they hoped, keep it. Except it wasn’t that easy.

Every step forward was met by a step back. Ms. La Plata could be her own worst enemy. Cyndi was in over her head and at a loss for how to proceed until someone suggested she call Sandy Washington, the executive director at LifeStyles of Maryland.

“I’d always heard about LifeStyles, but I never knew what they did,” Cyndi said.

But she called Sandy, who immediately asked if she could bring Ms. La Plata to see her. Their meeting put so many wheels in motion. Sandy asked questions that Cyndi would have never thought to ask. As she got more information, she immediately went into action.

Cyndi and Ms. La Plata sat across the desk, while Sandy picked up the phone and called Social Services, the first step in unlocking a network of resources available to the homeless. Sandy was on a mission.

“I was just sitting there in awe, like, ‘Who is this woman?’” Cyndi remembered. “I was so impressed. She just took charge.”

Eight years later, the story of Ms. La Plata remains a long and complex tale, filled with more victories and more setbacks. The final chapter has still yet to be written.

“I watched Cyndi on a mission to change a life,” Sandy said. “Many times feeling defeated. Many judge success by helping someone from homelessness to stable housing and consider it defeat when that doesn’t happen. But Cyndi, through her efforts, gave Ms. La Plata a safe place to stay for over a year and a better quality of life.”

For Cyndi, the experience opened her eyes to a world of people in desperate need of a hand to lift them up. And it introduced her to LifeStyles, a local organization uniquely qualified to offer that help, hope and transformation.

Since then, Cyndi has become a vital contributor to the LifeStyles mission. She volunteers often, regularly coordinating the donations of thousands of dollars worth of food at Thanksgiving and Christmas. She serves on the Board of Directors. And, a financial controller by trade, she oversees LifeStyles’ accounting.

That first meeting with Sandy was the beginning of a long friendship, based on mutual respect and a shared desire to serve others.

“She’s been my mentor and guide ever since then,” Cyndi said. “I don’t know what Charles County would do without her.”