Staff Spotlight: A Passion to Serve the Homeless 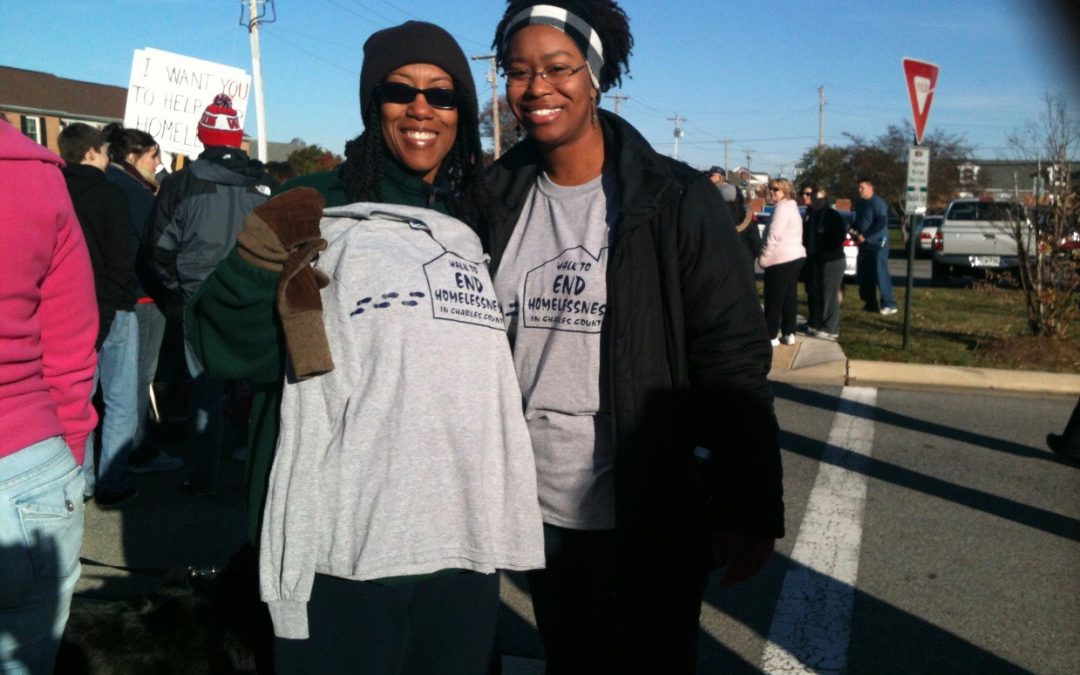 Shavonna Butler grew up as a military kid with a father in the Navy. In that world, volunteering in the community was a part of life and one that she always found fulfilling.

So years later, when she went from Navy daughter to Air Force wife, it was no surprise that she found herself feeling the pull of serving once again. Back in 2007, with her husband stationed in Southern Maryland (and where her father ultimately retired), she was part of a group of stay-at-home moms who always looked for ways to give back.

LifeStyles was one of the places they volunteered. It began by collecting food for families in need to enjoy on Thanksgiving. That was only the beginning.

As is the case with so many LifeStyles staff members and volunteers, once they get a taste of the work that LifeStyles does to serve others, they find themselves wanting to do more.

Years went by and, as Shavonna’s children grew, she continued to volunteer. By 2012, when LifeStyles moved into its current offices on Catalpa Drive in La Plata, Shavonna was volunteering three to four hours every day. A year later, she joined the staff part-time.

“When I started, I didn’t have a lot of time outside of my children, and as they got older there were more opportunities for me to give back to my community,” she said. “My passion is for the homeless community. As I got more involved with the homeless department, it allowed me to do more of the work that I felt passionate about.”

Her involvement and influence has continued to grow and, since 2019, she has been the Homeless Services Client Advocate Supervisor. In her current role, she rotates between working in the office and out in the field, meeting with LifeStyles’ homeless clients in the places where they live or at central meeting spots where she can assess their needs, distribute supplies or educate them about available resources.

“We’re so fortunate to have Shavonna on our team,” LifeStyles Executive Director Sandy Washington said. “Her attention to detail ensures that those who are homeless receive what they need.”

Some days, Shavonna finds herself navigating endless paperwork and online databases, while others she’s on the phone or face to face with a client, helping them in any way she can.

“I have to tell people upfront that I’m not a therapist,” she said. “But sometimes they just need to vent and they need someone to listen to them.”

Shavonna said that she’s learned along the way that homelessness is about a lot more than simply not having a place to live. There may be mental health issues or substance abuse issues that need to be confronted. There could be family issues or other challenges.

LifeStyles can offer help, but the solutions are rarely simple and often the road from homelessness to stability is a winding path. Recalling one particular client, she said that when success finally comes, it’s all the more rewarding.

Just before Christmas, she was equally encouraged because things seemed to be falling into place for a family that she’s working with. The mother found a program that can help her get the job that she wants. Stable housing is looking promising. Shavonna is optimistic that it will all come together.

As a mother of four, she finds herself gravitating toward families like these. When she looks at the children, they inevitably remind her of her own children — now or at some point in their lives.

“It makes you go home and look at things a little bit differently,” she said. “I think sometimes we have in our head what a person’s situation is or what a homeless person looks like. Everyone didn’t start in the same place or with the same resources. Then a situation happens and it changes everything.”

Fortunately, for those who are homeless, there are dedicated people like Shavonna Butler and the rest of the hardworking staff and volunteers at LifeStyles. Their mission is to serve, to advocate and to bring about a new change — real, positive and lasting transformation.

Interested in supporting LifeStyles to bring about help, hope and transformation in our community. Make a one-time or recurring donation today, or learn about opportunities to volunteer!